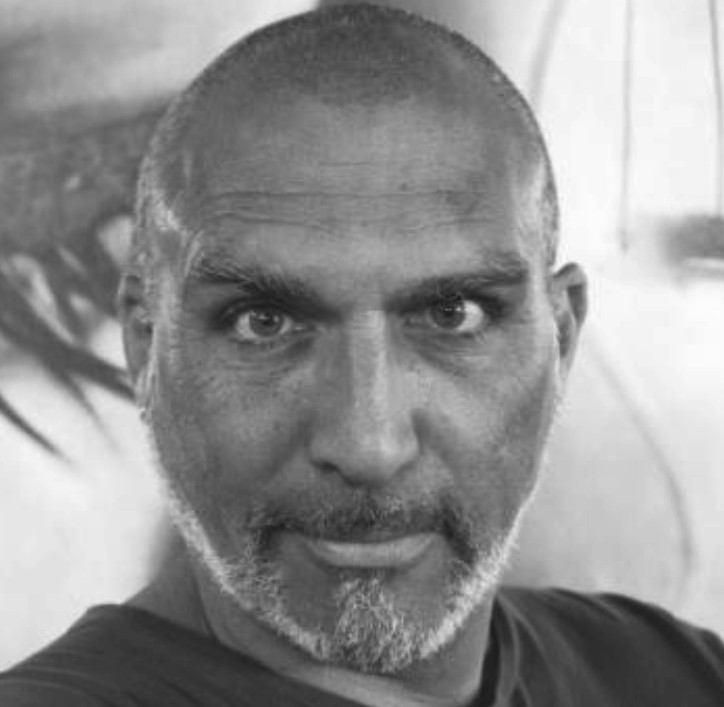 Andrea Cavarra is an Italian actor, mask maker, stage director, scenic designer, teacher and festival director who has specialized in Commedia dell’Arte and popular forms of contemporary theater for the past 25 years. With his performances and workshops tailored for both experimented actors or the general public, Andrea has traveled the world and promoted his research and methods on commedia dell’arte and mask making in five languages.

Born on 02/22/1971 in Ravenna, Italy into an artistic family, he is the son of Antonino Jack Cavarra and Tiziana Ravaglia, photographers who were amongst the first to specialize in photographing the unique beaches of the Riviera Romana, as well as portraiture in photography. As a first-generation graduate student, he studied accounting at the university before deciding to focus on theater and circus. In 1993, he studied the art of clowning under the direction of French artist and clown Jean Ménigault and elaborated his story telling skills and characters creation.

In 1994, he enrolled at the National Circus Academy (Academia Acrobatica) in Cesenatico (Italy) where he studies clowning, acrobatics, aerial arts, juggling, and fire spinning for two years.

In 1997, he attended the International School of the Comic Actor (Scuola Internazionale dell'Attore Comico) in Reggio Emilia, under the direction of Antonio Fava, where he taught classes for three years.

In 1999 and 2000, he worked as a visiting faculty (specializing in commedia dell’arte) for the Royal Shakespeare Company in London and in the medieval market town of Stratford-Upon-the-Avon (England).

In 2001, he founded the theater company TeatroVivo for which he directed and produced commedia dell’arte shows and worked as the artistic director of the festival Limprovvisa in Cotignola (Ravenna) for 3 years.

In 2004, he lived in Paris, working at the International Performing Arts Academy (Académie Internationale des Arts du Spectacle) in Versailles as an assistant to Stefano Perocco de Meduna who taught him mask making and under the direction of Carlo Boso, for dramaturgy and stage directing.

In 2007, Andrea returned to Italy to work with the theater company Teatro Agricolo and toured with their original creations in Italy, Turkey, Russia and France. With his colleague Giovanni Balzaretti, he developed a unique method “The path of commedia” (“Cantieri di Commedia”) to teach hundreds of performers the art of commedia dell’arte.

In 2009, he founded his current artistic company and association Zorba Officine Creative that allows him to travel the world with his performances, workshops on mask acting, mask making and acting.

Since 2014, he is the director of an art center (Atelier del Teatro e delle Arti) in Milano and vice-president of the art gallery Artepassante. This art center, located in the metro station “Reppublica” in Milano, now includes over 50 artists and collaborators. Andrea is also the executive producer of Bämsemble Company in Milano and teaches at the Academy of Art (Accademia dell’Arte) in Arezzo (Italy). In Avignon (France), Andrea worked as an expert on mask making and mask acting and held workshops for the general public and performances for the past 12 years.

In 2018, he was invited by Roberto Prestigiacomo as a visiting professor at Trinity University in San Antonio, Texas (USA). After a two-month residency, his students’ show, an original opera production based on MacBeth, won 5 American Atac Awards (Alamo Theater Arts Council) including best college production and best adaptation. In the past, he has worked and collaborated with renowned artists and professors from all over the world including Dario Fo, Paolo Rossi, Massimiliano Civica, Alfredo Iriarte, Enrico Masseroli, I Made Djimat, Tim Supple, Dan Milne, Cesar Brie, Jon Kellam, Georges Carpinteri, amongst others.

He is currently working on the publication of his play, The Mask Maker (Il Mascheraio) in French, with interviews and notes explaining his art.